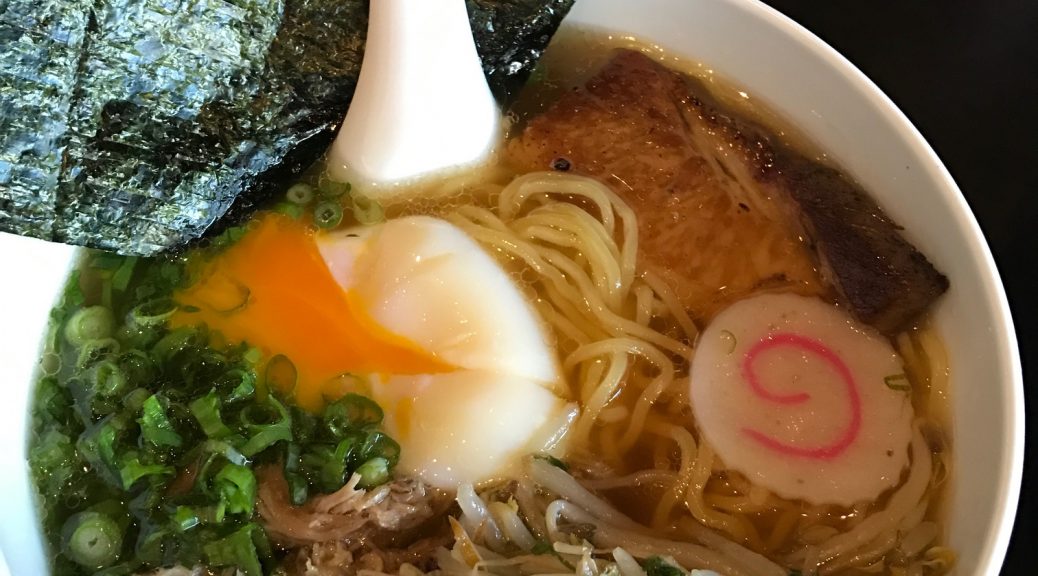 I love Las Vegas. On paper, I feel like I shouldn’t like it: a city erected in the middle of a desert that struggles to sustain it, full of cheesy entertainment, tacky themed restaurants and hotels, and smoky casinos. However, over in the past 10 years or so, Las Vegas has reinvented itself. Hotels now strive to provide a more inviting ambiance (with windows!), sophisticated entertainment and night life, and a range of dining experiences, some from well-known chefs and restauranteurs. Food is no longer seen solely as fuel to keep you going while you gamble; and for those of us who don’t care to gamble at all, it’s enough of a draw to keep us coming back to Sin City on a regular basis.

My ideal visit to Vegas is a 3 day/2 night weekend trip during the warm months of spring or fall. There are frequent direct flights from SFO to LAS, making it an easy trip logistically. I prefer to stay at a hotel with a great pool and decent restaurants on site or nearby (I like the SLS/W Las Vegas, Cosmopolitan, and Wynn/Encore). The evenings are centered around a good meal and maybe a show while I’m there (I highly recommend Absinthe or a concert at The Chelsea at the Cosmopolitan – we saw the Strokes there a few years back and it was awesome). I usually don’t gamble or stay out late, and I’m totally okay with that.

On our most recent trip to Las Vegas we ate lunch at Momofuku Las Vegas. This is the newest restaurant from celebrity chef David Chang. According to the restaurant’s website, the menu “draws influence from all over the world, including the United States, Korea and Japan. The constantly evolving menu features steamed buns, noodles, and meat and seafood meant for sharing. There will also be various plays on classics, from prime rib to surf-and-turf (fried chicken and caviar).” We ate at Chang’s fine dining restaurant Momofuku Ko when we visited New York City last year, and it was one of the best meals I’ve ever had. So we were eager to try his newest, more casual eatery.

Momofuku Las Vegas is located in the Cosmopolitan Hotel. It is a large, bright restaurant with big windows and friendly service, Next door is Momofuku Milk Bar, David Chang’s bakery/ice cream shop that is one of a handful of locations around the U.S. and Canada. When you dine at the restaurant, the dessert menu comes directly from Milk Bar.

Our server encouraged us to start with the Spicy Cucumbers with Japanese seven spices and toasted almonds while we were selecting other items from the menu. This small vegetable dish was crisp, refreshing, and full of flavor. The Japanese spices were salty, spicy, and rich. It was an excellent way to start the meal. We also ordered a few beers to wash down the spicy, flavorful meal.

Next we shared the Chicken Karaage bun with spicy mayo, pickled red onion, and iceberg lettuce. Momofuku Las Vegas has four different bun options: Pork Belly, Shrimp, Shiitake mushroom, and Chicken Karaage. We were going to order two chicken buns, but our server encouraged us to share one so we could try more menu options. I appreciated this advice, as we soon discovered that the entrée portions at Momofuku are quite generous. “Karaage” refers to the Japanese method of deep-frying, so this was essentially a fried chicken bun. The combination of the crispy fried chicken with the soft, silky bun and light, crisp vegetables was delightful. I’d love to try the other flavors.

We also shared the Dry Roasted Mussels with Benton’s bacon and Momofuku furikake. Furikake is a Japanese seasoning that typically consists of dried fish, sesame seeds, seaweed, salt, sugar, and monosodium glutamate (MSG). While Chang has said publicly that he enjoys the flavor of MSG, he states that he does not use it in his restaurants. He is known for experimenting with fermentation to produce a rich, umami flavor from a variety of ingredients, so I suspect he applied that knowledge to bringing out the meaty flavor in this dish. These mussels were plump and juicy, with plenty of flavor.  They paired well with the giant “side” order of Sweet and Sour Long Beans. The beans were roasted to perfection and seasoned with salty/sweet/sour sauce that made them oh so addicting.

We also shared a bowl of Pork Ramen that came with pork belly and shoulder and a slow poached egg. It felt like a bottomless bowl of noodles! The broth was rich and flavorful (like every item we ate) and the dish was incredibly filling. I love me some runny egg yolk, and this egg was cooked perfectly. Jack and I have a tendency to lick our plates clean, but we definitely left some food on the table at Momofuku because we were so stuffed!

…Yet somehow we found room for dessert. We just had to try Milk Bar’s famous “Cereal Milk” soft serve with crunchy corn flakes. It tasted just like the milk that remains in your bowl after eating a bowl of Frosted Flakes! It was tasty, though lacking in complexity in my opinion. Jack and I both were satisfied after just a few bites – I’m glad I tried it, though I kind of wish we had ordered a cookie instead.

The various Momofuku restaurants are known for offering tasty, flavorful food, and Momofuku Las Vegas lived up to this reputation. We left full and satisfied (and a little swollen from all the salt!) This would be a perfect spot for a large group, for lunch or dinner. The dinner menu appears to have a few more items, though we were able to find plenty to choose from at lunch. I would definitely eat here again on my next visit to Vegas.