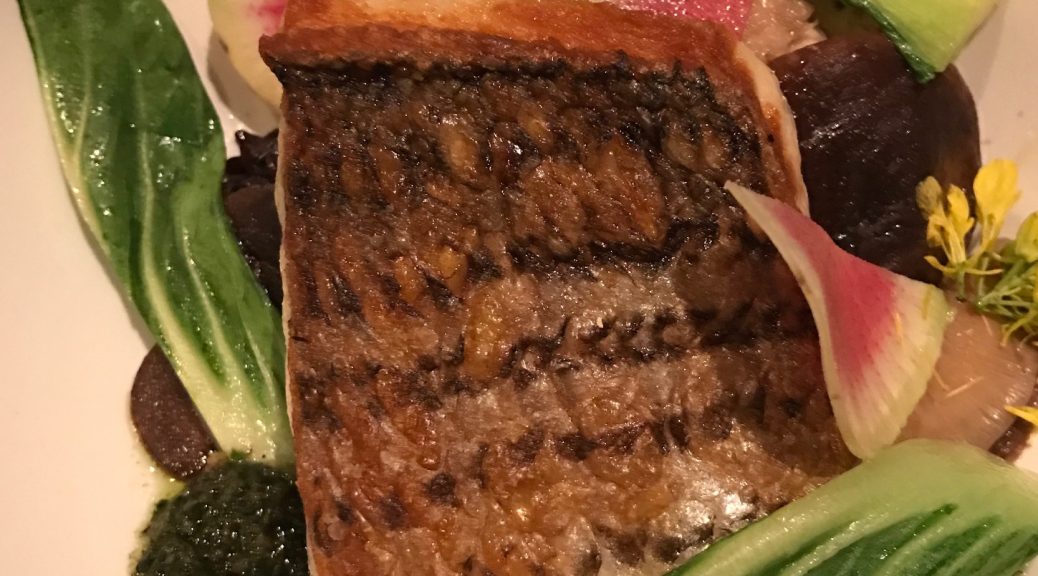 A few weeks ago Jack and went to see Finding Neverland at the Orpheum Theatre. We are members of SHN, the theatrical production company in San Francisco that hosts professional national tours and pre-Broadway engagements of various plays and musicals (Hamilton starts this week!) We typically see these shows on Thursday nights, which means that our pre-show meals tend to be rushed at a restaurant near Civic Center or Union Square. However, for this show, I was able to exchange our tickets for a Saturday evening performance, giving us more time for a leisurely dinner at a restaurant further from the theater.

We opted to get dinner at Frances in the Castro, a few blocks from Mission Dolores Park. Frances was opened by chef Melissa Perello in 2009 and it has received numerous accolades in the years since, including a Michelin star from 2011-2013. The restaurant opened right around the time Jack and I were learning to appreciate seasonal, quality food by dining out at different restaurants around the city, and Frances quickly became one of our favorite spots in San Francisco. So, when we moved to the Castro neighborhood in 2014, we were thrilled to call Frances our “neighborhood joint.”