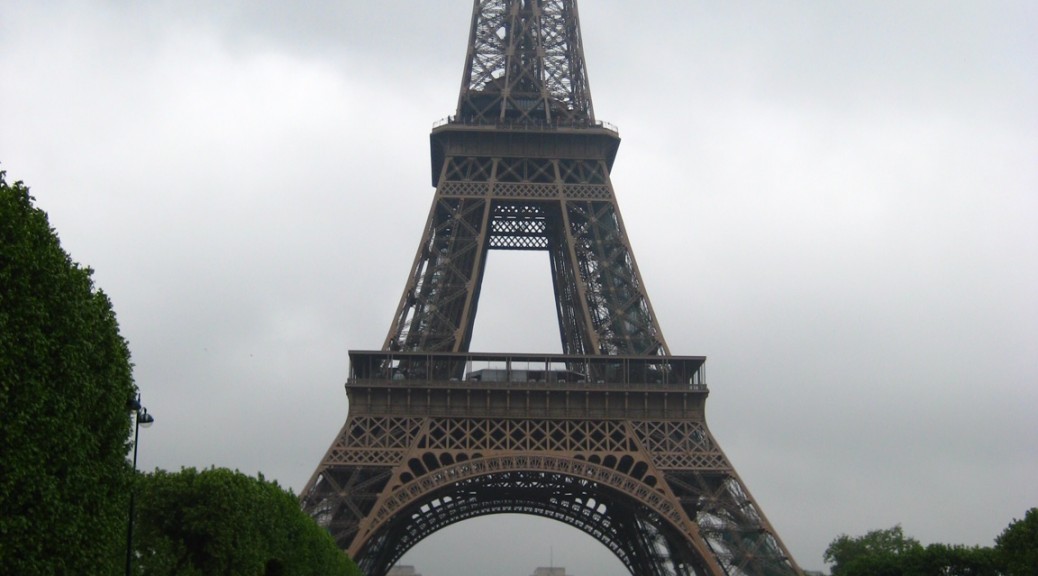 I’m deeply saddened by the news coming out of Paris tonight. Anyone who has ever visited Paris knows that it is a special place. The history, architecture, FOOD, art, and culture in general are unlike anywhere else I’ve ever been, and the city has an almost magical quality to it. It is also the most romantic city I’ve ever been to, and I look forward to returning one day with my husband, Jack.

In 2009 Jack and I attended his sister’s wedding in Lyon, France, followed by a trip to the City of Light. Here are some of my favorite photos from that trip:

Our trip was nearly seven years ago, so I’m sure a lot has changed, but these were some of our favorites at the time:

Latin Quarter: a lively and youthful area on the Left Bank, in the 5th and 6th arrondissements (wards). The neighborhood gets its name from its proximity to the Sorbonne; in the Middle Ages, students in and around the university would mostly speak in Latin. We really enjoyed sitting outside at one of the bistros, drinking wine and eating olives, and pretending we were Parisian. (If you have plans to visit the Left Bank, I recommended checking out the New York Times’ 36 Hours on the Left Bank, Paris from April of this year).

Musée du Louvre: famous museum located on the Right Bank, 1st arrondissement. Most famous pieces include the Mona Lisa, Nike of Samothrace, and Venus de Milo. When we were there in 2009, we really enjoyed a photo exhibit (which may have been temporary) which showed how many of the Louvre’s masterpieces had to be removed for safekeeping during WWII. This museum definitely lives up to the hype. www.louvre.fr/en Musée du Louvre, 75058 Paris. Closed Tuesdays. M, Th, Sa, Su 9am-6pm; W & F 9am-9:45pm. Admission €15.

Coulée Verte René-Dumont (Promenade plantée): an elevated linear park build on top of an old railway in the 12th arrondissement. It is similar to the High Line in New York City. You may recognize the Promenade plantée if you’ve ever watched the scene in Before Sunset when Celine takes Jesse on a long walk along the raised walkway. This is a nice walk and a great way to work off some of those Parisian pastries!

Chez Janou: this restaurant was recommended to us by a Parisian couple whom we met at Jack’s sister’s wedding in Lyon. The service was rude rude rude (I hear it’s gotten better…), but the food was AMAZING. Standout dishes were tuna carpaccio with brown sugar and sea salt and the whole roasted fish. We didn’t have room for dessert, but they are known for their chocolate pudding (the pictures look incredible). Definitely worth a visit. www.chezjanou.com Right Bank, 3rd arrondissement (Marais neighborhood). 2 rue Roger Verlomme, 75003, Paris. Phone: 01 42 72 28 41.

What are your favorite restaurants, hotels, and activities in Paris? What neighborhood do you prefer to stay in?

One thought on “Je Suis Paris”